Construction sets in various mediums have been popular toys to let young, and not so young, imaginations run wild for many years. Merkur is the Czech variation on this category of toy.

Created by Jaroslav Vancl in 1920 in the East Bohemian town of Police nad Metují, the construction sets were initially sold under the name Inventor; by 1925 Vancl had refined his sets and re-branded his product as Merkur.

Merkur is one of the best known Czech toy brands and started to be widely exported through Europe in the post World War Two years. Eventually, exports went beyond Europe to many points further abroad.

In its history, Merkur weathered the adverse effects of production interruption in the Second World War, nationalization during the Socialist era as well as bankruptcy and restoration in the early post Socialist period.

This is a product that’s been as strong in the face of adversity as it has been in the hands of the most energetic of youngsters.

Standing Out in the Crowd

As construction sets go, Merkur fits into the category of flat metal shapes that can be fastened together with small nuts and bolts. This puts it in company with brands such as Meccano, Ami-Lac, Eitech, Marklin Metall and the like.

In the midst of all that competition, one might well wonder how the various brands differentiate their respective products from each other. The main ways Merkur sets stand apart are in their sizing and variety of shapes.

While most construction sets of this sort are designed using the imperial measurement system based on inches, Merkur is based on metric. Merkur also has a wider variety of shapes in its sets than many of its competitors and this often allows one to make a much more true to life replica of a real life object when using Merkur.

Components in Merkur sets are also noted as being made to a very high standard of finish with typically hard wearing paint or metal plated coatings.

On Christmas of 1961, an event occurred in which Merkur transcended its status as a toy and played a part in improving the quality of life for countless people around the world.

On his kitchen table, using components from his son’s Merkur set, Czech chemist Otto Wichterle built a small machine to prototype the world’s first soft contact lenses and the spin casting process which was critical to manufacturing them.

From Christmas to New Year’s, Wichterle and his wife built a larger and more powerful prototyping machine which could produce more lenses at a time and better prove the viability of the concept of soft contact lenses as a mass producible item.

So, even if you’ve never in your life played with a Merkur construction set; if you wear soft contact lenses, you have a strong connection to the product.

A visit to Merkur’s website will give you a good idea of what their product catalog looks like and what can be made from their sets. While the site is only in Czech, I’ve found it responds reasonably well to online translator functions:
Link to official Merkur website

In Police nad Metují there is a museum dedicated to Merkur. While the Museum’s own website seems to be exclusively in Czech at the moment, this link will take you to a good English summary of it and directions on how to visit if you’re in the area:
Link to information about Merkur museum

This is a link to the Merkur page of a quite interesting website dedicated to metal construction sets. It features Merkur and several other brands and gives a good idea of how they compare:
Link to article about Merkur 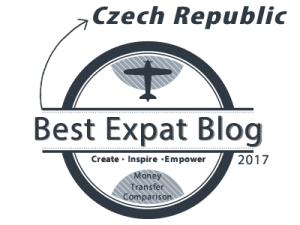 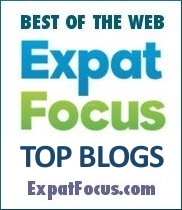 Let us take you on a daring adventure!